We had another fun 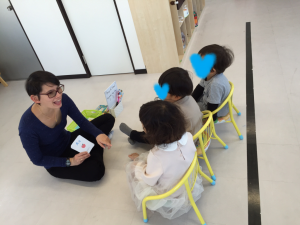 and exciting day of preschool today! The students were very enthusiastic during Circle Time. When asked what month it is, after a few false replies of “August” and “October” H. was able to correctly answer “November!” The months are difficult words to pronounce, but the students can say them very clearly now! 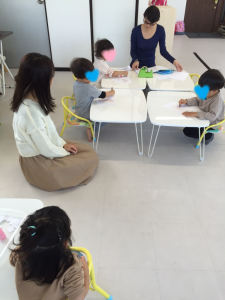 For today’s craft, we made Thanksgiving turkey legs! The students had never seen a turkey leg before so they were a little confused. However, once I pretended to eat it, they understood it was a type of food and they had a lot of fun pretending to eat the turkey legs too. They practiced crumpling up the paper to make the fat part of the leg and worked hard wrapping the brown paper on the outside. Some of the students asked if Little S. would join us, and Little S. decided to watch today. 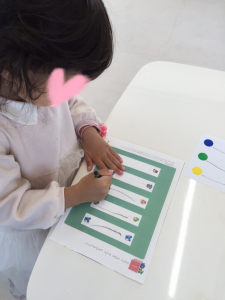 Big S. tried a new pre-writing activity today. She practiced writing straight lines using a crayon. This is an important step in improving fine motor skills. All the students have been working very hard lately. When they are having trouble doing something, they try many times before asking for help. They’ve gotten much better at completing daily tasks like putting on their backpacks and closing their lunchboxes by themselves! 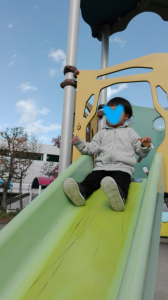 Because of the nice weather, we were able to have a lot of fun at the park today! The students are enjoying

playing together. At the slides, they were discussing when to go down so that they wouldn’t run into each other on accident. They invited each other to go to different areas in the park and warned each other when they thought something was dangerous. They are developing a lot of social skills!

The children grow so much each week! Let’s wait and see what skills they learn next.