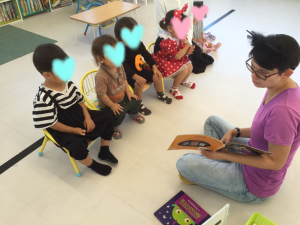 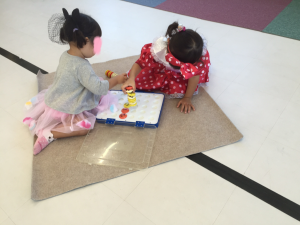 Little S. was very interested in Big S. today. As Big S. was working on her activity, Little S. came next to her to watch. Big S. noticed this and invited Little S. to play with her. Big S. showed Little S. what to do and they played with each other for quite some time. They are becoming friends! 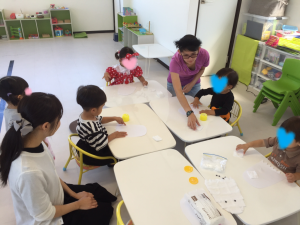 For our Halloween Party, we made a special Halloween craft. The students made cotton puff ghosts. When I told them we were making “ghosts,” I. pointed to the ghost decoration on the wall and repeated, “ghost.” Even though the two ghosts looked very different, he was able to recognize that they were the same thing. 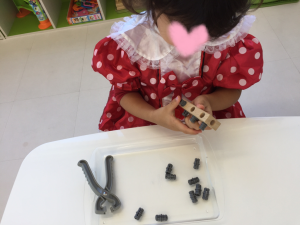 The students are becoming more and more interested in using tools. They’ve been practicing cutting a lot, and they’ve recently started trying an activity with pliers. H., K., and Big S. all worked very hard putting the plastic pegs in and pulling them out again with the pliers. Their fine motor skills are improving a lot. 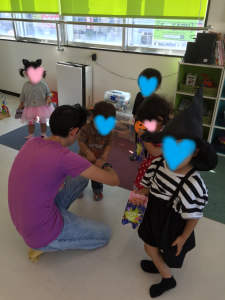 We had a fun Halloween Party! The students all adjusted very well to the change in routine and were able to enjoy a taste of American culture! Happy Halloween!